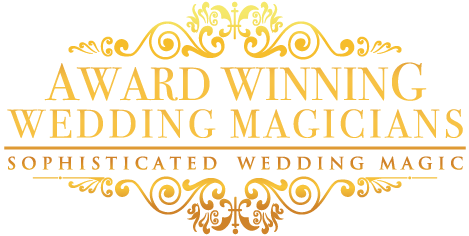 About Your Wedding Magicians

Hiya! We're Max and Duncan, otherwise known as The Wedding Magicians. We perform as a magician for weddings all over the UK…. 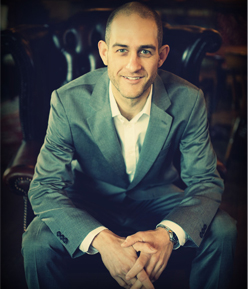 First of all, on behalf and Max and I want to wish you a big congratulations on your engagement!! – Well, I guess you must be engaged – unless you’re a wedding planner looking for sophisticated acts to work with (then you’ve come to the right place). Alternatively, you’re another wedding magician scoping out the competition (then you’ve come to the wrong place). Either way, thanks for stopping by. More importantly, thanks for checking out this ‘about’ page of my website.

It can be pretty easy to be seduced by a nice logo, fancy show-reel, glowing reviews (fake or not) and other gimmicks. – However, the reality is that I’m guessing you’re wanting someone whose going to start by being easy to deal with on the phone and email when you are considering a booking. On the big day, they arrive on time, comes professional attired, and has got a personality which extends outside of the ‘patter booklet’ that comes with the magic tricks. (Oh yes, and no playing cards on their tie too!!)

Well – if that’s the kind of wedding magician you’re after then hopefully I’m the guy. I still have a full set of teeth, full head of hair (albeit well-trimmed) and like to think of myself as relatively funny – but not in the crude nor contrived way.  Anyway at the risk of this sounding like a dating website profile – I’ve been performing magic since I was a little lad. (I wouldn’t put that on a dating website anyway ) Over the last 15 years my magic has evolved into extremely visual, easy to follow, commercial magic. This will hopefully be remembered alongside you and the special day you put together.

A bit about the magic I perform:

So then, a bit about the magic I perform. Yes, I love magic but I’ve always tried to steer away from the TA-DA moments. These are so popular for wedding photographers to capture on lens, to be fair. The routines and effects I perform – whilst do include lots of those photogenic pictures of people’s mouths gasping open – my material is a lot more unique and original.

Sure changing a deck of cards into glass looks cool (and I do perform that) or changing a £5 note into £20 looks cool as well (again I perform that too). However, these are probably the two most commercial magic tricks every entertainer is rolling out week on week. Of course, I’ll perform some of these tricks because they are genuine eye-candy, but I add that hint of something extra into my repertoire – something which I feel takes people to that higher plain of believability with magic.

Admittedly my show-reels showcase this really visual kind of magic – (because it is so camera-friendly) but it’s the mind readings, which really gets into people’s heads (pardon the pun) and are guaranteed talking points for your special day.

A bit about my performing life:

So then….. a little a bit about my performing life. I’ve indirectly worked with Derren Brown (the incredible British Mind reader). I have performed table magic and close up magic at over 70 weddings per year, (as a wedding magician London, Birmingham, Nottingham and Leicester – in fact all over the UK). I have also toured internationally with my close up magic and mind reading and spent three years performing in Japan. I’ve performed to countless celebrities and blue chip companies. It doesn’t mean I’ve not won awards – it just emphasises the fact that I’m not just a cookie cutter magician. So if you’re looking for something compelling, sophisticated, contemporary and fun – feel free to get in touch through my contact page.

More recently I have been beginning to indulge my love of technology with magic and have created a brand new and unique digital magic act. I can be hired as keynote speaker a digital magician, iPad magician and tech magician for a wide range of tech events, award ceremonies or gala dinners.

Get in touch with Max or Duncan

If you want to leave your number he’ll be happy to give you a call back to discuss prices, availability etc.

Our AddressThe Wedding Magicians are UK based magicians.